Sand Talk: How Indigenous Thinking Can Save the World By: Tyson Yunkaporta 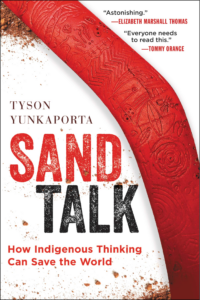 Summary: Sand Talk: How Indigenous Thinking Can Save the World by Tyson Yunkaporta, an aboriginal Australian, who is also an anthropologist, is a provocative look at different systems of thinking, and how they impact our relationship to nature.

Opinion/Impact: At large it is about conceptual frameworks that are ingenious, but it also really cracked open for me how embedded our cultural constructs are, and how easily they can be an impediment to progress. 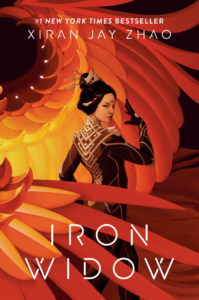 Summary: Set in a futuristic China, a young female pilot joins the army to seek vengeance for her sister. Ultimately, she earns the title of Iron Widow.

Opinion/Impact: I enjoyed this book because it combines elements of sci-fi and Chinese culture/history, while also tackling misogyny.

The Race to Save the Romanovs: The Truth Behind the Secret Plans to Rescue the Russian Imperial Family by Helen Rappaport 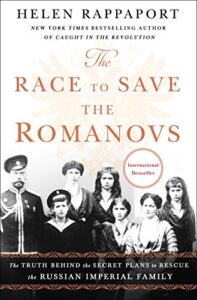 The Race to Save the Romanovs details and evaluates the various attempts made by individuals throughout Europe to rescue the Russian Romanov family before their brutal murder by the Bolsheviks in July 1918. Rappaport’s analysis is accompanied by various primary sources, some of which had never been viewed by the public eye until the book’s publication.

I really appreciated how in-depth Rappaport went on the different perspectives regarding the many attempts to save the Romanovs. Initially, to me, it seemed like an obvious choice to rescue the family from Russia, especially considering the fact that the immediate family consisted of young children. However, Rappaport presented a perspective that highlighted the Romanovs’ political significance. Allied countries were opposed to the family’s rescue due to Tsaritsa Alexandra’s German heritage and nations, like France, that had fought to remove a monarchy, simply did not want a monarchical presence in the nation.