Fish Tails: Plunging into the Field as a Female Researcher

Thirteen years ago, I declared my Marine Biology major my sophomore year of high school. Since then, I went on to get a BS in the field as well as work at an aquarium for three years. While I love working with and studying the amazing creatures found in the ocean, I wanted to expand my knowledge to the human dimensions of the marine world. This decision led me to pursuing my master’s degree at the University of Washington’s School of Marine and Environmental Affairs. It was there, I discovered the field of Anthrozoology, study of human-animal interactions, and conducted research for my thesis, “Anthrozoology and Public Perception: Humans and Great White Sharks (Carchardon carcharias) on Cape Cod, Massachusetts.”

For my master’s thesis, I was going to study the public perception of great white sharks on Cape Cod, Massachusetts. Being from Massachusetts and spending a lot of my time on Cape Cod, also called the Cape, I was excited by the idea of returning home to conduct my research. I would not have to worry about being an outsider in a community I was studying and could comfortably fall back into my Red Sox hat, Massachusetts dialect of dropped “r,” and the overused “wicked.” Just by changing clothes, I could go from a local on the beach, to a student researcher, or young professional depending on who I intended to interview that day. And while a Patriot’s shirt or a University of Washington tank top may have helped me blend in, there was something I could not easily change about myself; the fact that I was a 26-year-old woman.

As a researcher in the field, my age and sex are not something I think I should ignore, especially if I think it can affect my findings. For this project, I was interviewing people about their feelings and attitudes towards sharks. Many of these interviews included walking up to complete strangers on the beach or in town and asking if they would be willing to answer a few questions for a research project. As a young woman, I may have seemed more approachable or less intimidating than a man my age. It’s not a very common thing in the area for strangers to just come up to you and start a conversation, and I know many women, myself included, that would be very wary of a man trying this with them. On the other hand, a young woman trying this same tactic may not seem as worrisome, and people may more easily let their guard down for her. This can be especially true for the true crime generation with the “trust no one” mentality.

Being a woman also seemed to affect how people responded to my interview questions. While both men and women were equally interested in talking to me, I found some men, usually around my age, a lot more eager during the initial conversation than women. These men also tended to talk more, often elaborating on their own thoughts without prodding. While the elaboration was great from a data collection point of view, these men were also more likely to get off track, causing me to steer them back to the topic at hand.

I did run into some difficulties while interviewing a few older men. These men treated me more as a young girl rather than a late twenties researcher. They often over-explained simple concepts to make sure I really understood, even though I assured them of my knowledge and familiarity in the area. Their use of the names “sweetie” or “honey” when referring to me, while not uncommon for our generational difference, seemed to turn from a term of endearment to one of a more condescending nature. Some were even surprised at a “young girl’s” interest in sharks. Though I got the information I wanted from them, I cannot help but wonder, “Would the interview have gone differently if I was a man?”

Questions like that one constantly ran through my mind when conducting interviews: “Would she have stopped to talk to me if I was a guy?” “Would they not question my experience if I looked older?” “Would they answer differently if this was an anonymous survey and they didn’t know who was conducting the research?” While I do not know the answers to these questions, I don’t think my age or sex affected the overall outcome of my research. Some people may have been more open with me because I was a woman, while some may have talked down to me because they saw me as a young kid. Either way, I am still confident I got the information I needed from them.

However, it is important for me to remember this may not always be the case. There could be times when my age or sex could impact my field work. I may find myself in places where cultural norms limit my access as a woman or people may not be as open or comfortable talking to someone of my gender or age. On the contrary, I could also be in a place where my gender helps me succeed in my work, giving me advantages that are unavailable to my male colleagues. Some people may feel more at ease talking to a woman, or someone closer to their age. These are all factors that can affect a way a person responds to an interviewer and I think it is important to acknowledge that. 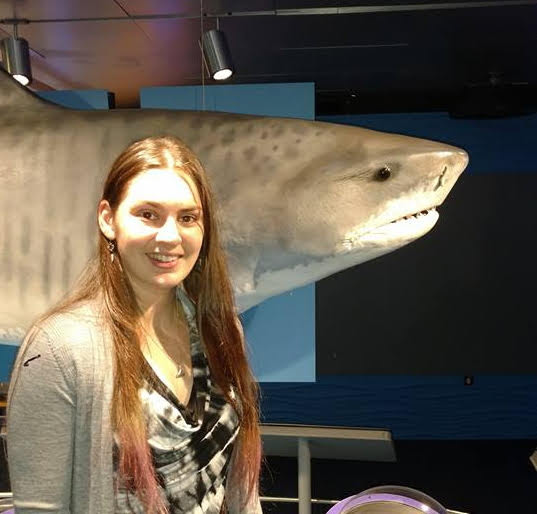 Jessica O’Toole is a budding Anthrozoologist who was born and raised in Massachusetts. As an undergraduate, she studied cyanobacteria and got her Bachelor of Science degree in Marine, Estuary, and Freshwater Biology from the University of New Hampshire. After graduation, Jess spent her free time volunteering at New England Aquarium for three years before traveling to the University of Washington for graduate school. In 2020, she graduated with her master’s degree in Marine and Environmental Affairs. Her thesis, Anthrozoology and Public Perception: Humans and Great White Sharks (Carcharodon carcharias) on Cape Cod, Massachusetts, explored people’s attitudes and feelings towards great whites after a deadly shark attack occurred in the area. Currently, Jess is carrying-on her thesis work while hoping to continue her studies in anthrozoology as a PhD student.

WIT BEYOND OUR SENSES