THE CONSEQUENCES OF RENEWABLE ENERGY IN LATIN AMERICA

The Consequences of Renewable Energy in Latin America

In the midst of the movement towards renewable energy, the focus has been placed on highly developed and industrialized countries, such as the United States and China. However, an entire continent has been underestimated in this movement; yet, it is now a leader in clean energy. Currently, many Latin American countries have invested in wind, solar, and hydro powered energy, with Brazil, Mexico, Chile, and Uruguay showing the most success in their efforts (International Renewable Energy Agency).

In order to meet renewable energy demands, a series of government-funded projects have emerged throughout Latin America. These projects include the Central Market Solar Project in the City of Mexico; a financing line Banco de Comercio Exterior de Colombia for 45 million USD that will fund projects based on energy efficiency, clean energy technology, and more; and the Dominican Republic aims to have 25% renewable energy and has contracted 10 companies to develop wind and solar projects (Hernández Gallego). Leading the front for clean energy is the construction of hydro-powered dams. In the Amazon basin, 412 dams have already been built, 256 are built or planned in Brazil, and in Central America numerous large dams are under construction (Vidal). These efforts are motivated by Latin America’s dependency on fossil fuels. In Venezuela, 11.4 percent of the Gross Domestic Product (GDP) is made up of oil rents, compared to the world’s oil rent being 1.3 percent of the global GDP. It is important to note that Venezuela’s yearly oil rents are multi-modal with oil rents taking up 31 percent of the GDP in 2005. Furthermore, over 40 percent of installed generation capacity in Central America is made up of diesel and heavy fuel oil (International Finance Corporation). The deviation from fossil fuels to renewable energy is seemingly a step in the right direction; however, ecological problems and human rights violations have appeared throughout Latin American in consequence.

In the large-scale view of sustainable energy efforts, there has been significant success in Latin America. As researched by the Inter-American Development Bank, should Latin America and the Caribbean meet its renewable energy goals and potential, the region could reach its estimated 2050 electrical demands 22 times over. Many countries have already begun to receive the results of the clean energy projects, including Chile which has generated its wind power capacity to 2.15 gigawatts and 3.2 gigawatts in solar powered energy as of 2020. Brazil derives over 58 percent of its electricity from hydro-power, and Uruguay which attains 98 percent of its electricity from carbon-free sources with 26 percent being accounted for by wind power (Atxalandabaso). Latin America is becoming a leader in the clean energy movement, seeing as 53 percent of generation capacity is renewable and numerous countries are almost fully dependent on green energy (Flato).

The bulk of Latin American countries are also transitioning from hydropower to more wind and solar-powered energy sources. This conversion is due to the detrimental effects the creation of hydro-powered dams have had on the region. Hydro-power has been revealed to be unsustainable in Latin America, due to the annual lengthy droughts (International Renewable Energy Agency). However, the copious amounts of hydroelectric powered dams built have already affected the land. Most notoriously, dams located in Brazil have resulted in the flooding of 36,000 hectares of the Amazon Rainforest (Erickson-Davis). To put this into perspective, this flooding was equal in size to half of New York City, and such action is calamitous to the Amazon Rainforest as it is already facing deforestation. Moreover, the private companies who carry up renewable energy projects fail to preserve the wellbeing of the people present in potential building sites. According to The Guardian, vast amounts of people have been displaced as they have been removed from their homes in order for dam-building projects to transpire. The lack of research and concern towards the potential repercussions of new renewable energy technology is merely a repeat of the reaction to industrialization, which was the primary cause of today’s climate issue.

While the Green Energy Movement is imperative to combating the contemporary climate change crisis, Latin America serves as an example to ensure renewable energy projects are not causing more damage to the environment. The lack of research towards the effects of large electric dams on the environment have made past renewable energy projects futile. The world is faced with an irreversible environmental crisis; however, the solutions made today to correct past mistakes must not be a repeat of the mistakes that led us to the global warming crisis. 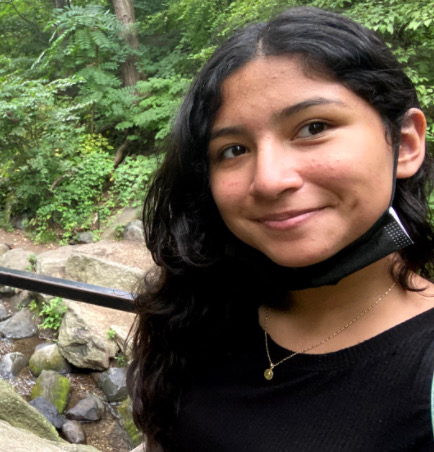 Melany Mendoza is a sophomore at Baldwin Senior High School and a General Intern for the promising TurnUp App, which is dedicated to youth involvement in activism. With great fascination in the areas of mathematics and medicine, she aspires to pursue a STEM-related career. She finds great interest in researching immigration reform, colorism, reproductive rights, and Latin American affairs.

The Consequences of Renewable Energy in Latin America