Educators recommend teachers blend all methods available to offer the greatest possibility of engaging every student, since individual students learn in different ways; however, the use of virtual learning during the Pandemic revealed multiple issues facing educators, some that faced educators beforehand.

Digital Divide:  The Pandemic revealed the economic disparity among states, wealthy versus poor districts, rural versus suburban schools. Wealthy schools provided laptops to students and training/support to their teachers, but many schools had no such resources. Out of desperation some students tried using cell phones to keep up; most often, they simply drifted away entirely.  Sadly, the haves and have nots economy of the United States was revealed all too starkly. Too often, this divide fell along color and cultural divides as well.

Teacher preparedness: Students, high school to college, bitterly complained of faculty who assigned more reading and essay writing, placing the responsibility squarely upon the students. Classes became an exchange in emails instead of interactive lessons. These faculty were often those who previously limited their choice of methods in class—focusing only on lecturing, for example. Adapting to the new limits in virtual teaching limited them every more. Additionally, Zoom, Google Meet, and meeting platforms themselves became teaching methods; the lack of recognition of this reality also impeded learning. Metaphorically, teachers built the ship while steering it, while hoping it would float.

Political blinders:  All issues were exacerbated by a lack of coherent leadership. Since 2016, more responsibility has been pushed down to the state level while the federal government continued to gut spending for education. Demanding that schools reopen without the financial means and clear guidance on how to do so was not only irresponsible, but also a recipe for failure.

Lessons learned: Given extensive teacher training and adequate resources, teachers can and do change lives.  News stories nationwide celebrated teachers, who demonstrated the creativity to meet the needs of their students. Some organized food, laptop, and WIFI drives to provide resources for needy students. Teachers adapted lessons/methods to the virtual delivery platform—they made videos, created costumes, wrote stories, called upon students’ imaginations, called parents, or drove to student homes when their students missed work.

Final Lesson: While vaccines are a critical means to return to normalcy, educators and legislators must address the virtual learning issues facing education if they wish to prepare students and teachers for whatever future world faces them. 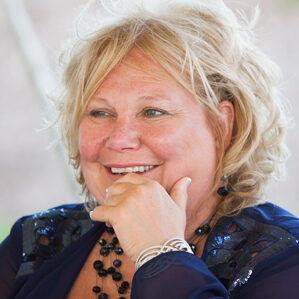 Dr. Bonnie Culver is the Wilkes University creative writing program co-founder and a screenwriter, playwright, and novelist. Bonnie’s twenty-plus plays have been produced from NY to LA by colleges, regional theaters, and equity companies. Dr. Culver received her M.A. and Ph.D. from Binghamton University. At Wilkes, she is an associate professor of English, a former college dean, and co-founder/director of the Graduate Creative Writing Program.

Brett J. Banakis is a designer for theater, opera and live performance based in Brooklyn, NY. Brett currently serves as International Scenic Supervisor for all worldwide productions of Harry Potter and the Cursed Child (Broadway, West End, Australia, San Francisco, Germany, Toronto). Brett is a faculty member at NYU’s Tisch School of the Arts. He has a M.F.A. Design for Stage and Film, NYU; B.A. in Theater Arts, UCLA.

Education in the age of COVID