It’s here. All around us. The food we eat. What we think is “sweet”. The houses we build. How we relate to land. The way we compartmentalize art as a luxury instead of as a necessity. Mostly, it is in the dream. The very conception of what is and is not possible. The dream of “progress”. The dream of “the good life.” The dream that haunts people the world over, too often becoming a nightmare.

Colonization hasn’t really gone anywhere. We’ve just become so accustomed to it that we’ve stopped recognizing it for what it is. We’ve come to believe that the past is separate from the present. Or that the “revolution” was a one-time thing. What a ridiculous notion! Revolutions – revolve. And the only way not to become trapped in the perpetual cycle of (so many forms of) senseless violence is to keep r/evolving into a new way of living together.

Lurking within colonization and its child capitalism is a kind of demonic force which finds men (and women) to dwell in. It cares less about culture or continent than it does about exploiting basic human weaknesses. You might recognize its shape: a mouth larger than its head, it’s hands are pure talons, and it holds a noose that doubles as a lasso for capturing lands and peoples and telling them they are the barbarians and it – and only it – is civilized. It is a child of that ancient Hungry Ghost that didn’t get enough love or food or sleep and made up the story that scarcity is real and greed is good and that gold, as Christopher Columbus said, is akin to Godliness. It says you can separate people and places and ideas and rely upon solutions that don’t take the whole into account. These are the demons that can’t comprehend a concept such as “enough,” scorns the idea that art, as creator of human dignity, is essential to human survival and laughs at notions such as “sovereignty” when applied to anyone but itself.

How do you rid yourself of a demon?

How do you exorcise a culture?

First you have to know what you are looking at. To see sugar and diabetes and poverty; to see continued misogyny even with so many rights; to see continued discourses of separation in the public, private, philanthropic and charitable sectors; to see the plastic water bottles lining every. Single. Coastline. See what is here right now and see beneath it – just under the surface – to how and why and what it means. See the interconnected web of all beings- and the relationships evil in design that led to this particular amount of unnecessary suffering.

What do you see?

I see the legacies of colonization. Specifically, the legacies of the Doctrine of Discovery and the great European Witch Hunts. Both of which significantly contribute to the severing of the sacred relationship between people and place: the disjoining of European, “American” and African cultures from their prior connection to their own sacred spaces and the gaining knowledge from the more-than-human world in a way more founded on relationships and responsibility than exploitation and “having-ness.” Both of which shifted our way of using our embodied imaginations – of “discovering” the world around us and, in the process, ourselves.

Both were devised from Papal Bulls: decrees written by the Pope of the Catholic Church which, at the end of the middle ages carried a level of political, theological, economic and moral suasion that we can barely comprehend today. All of them violently dis-membered people from place.

The Bulls were issued in the following order (find it here):

Granting the Portugese monopology of trade with Africa and the “perpetual enslavement” of African peoples, which evolved into the horrific transatlantic Slave Trade and the beginning of the resource drain of “natural resources” out of Africa and into the coffers, shipyards and tooling sheds of Europe

The Witch Bull that led to the burning of hundreds of thousands of women across Europe, breaking bonds between European cultures and their Earth-honoring knowledge keepers and traditions, impacting millions

The Bull that led to the ecological and cultural genocide of the Americas; leading eventually to the Treaty of Tordesillas (1494) which divided the world between Portugal and Spain

In each of these bulls written by different Popes within a 50-year period, the Church viewed itself as seeking to destroy the devil. The Devil, for the Church at that time, was always outside of them: it was the “Saracen” (Muslim); the pagan; the unknown, dark-skinned, feminized “other.” And the Devil was also in Europe: first often associated with Jewish peoples (whom the Spanish Inquisition was particularly harsh in torturing) and then their own women – often those who were already poor and marginalized. Often, they were the women who knew “potions” that subsequently became the basis of today’s pharmaceutical industry. They held a power and a knowledge that women today are still striving to recover. Consistently, in Africa, Europe and the Americas, the violence was not only on people but on their earth-honoring ceremonies, dances, songs, oral traditions, folk medicine, and a way of seeing the world as animate, whole, deeply interconnected, and enchantingly alive.

Herein lies the great irony: that in trying to rid themselves of the Devil, the colonizer became demonic. We have become dis-membered from core somatic, physical truths: the American dream is built on stolen land, forced labor and the mental disassociation necessary to systematically enact violence. The dream is made of injustice. It is physically impossible, even catastrophic, for billions of people to even try to realize.

Which is why, now, we need to approach this question of cultural exorcism with a certain degree of care. To untangle ourselves from the horrific legacies of this history and to create the possibility of better futures requires what I refer to as a ReMembering. A re-stitching of the human-earth bond in a way that gives room for all of us who are both victims and oppressors. For the line of good and evil runs through every human heart.

To untangle and re-weave, we need one another.

And we need art.

Not only, “more art,” as a proliferation of objects on walls, but the recognition that there is a process of creating art that can, at its best, lead to the re-integration of our full selves in ways that enable not only our capacity for violence but our capacity for dignity to come to the fore. Celtic artist Diorbhail (Dorothy) Cameron, has designed art programs infused with her Celtic spiritual upbringing in the Scottish highlands for those battered by our so-called civilization, especially the homeless. She writes of her experience working with homeless people in New York City here.

It was the art – the very process of doing the art – that enabled them to figure out how to solve their own problems. What they needed for their own lives, not just what they needed to do to receive government handouts. The practice of art contributes to seeing in relationship and to looking for the whole. Great art is a profound resolution of experience, which leaves us feeling satisfied, uplifted, transformed.

Art was not invented by artists: it is innate to us and has been with all peoples at all times. It is not a leap therefore to say that it must have a particular function for us all, not just for a few artistic people.

I refer to this as part of the larger process of ReEnchanting our world. In the face of evil, to pick up the dignified gifts of the enchantress, which for too long has been swept under other things, seems entirely appropriate.

1.  See: Wolcott, S.J.  ReMembering the Story of the Anthropocene Age: Papal Bulls of Domination, Private Property, and an Ecotheology that ReMembers towards the creation of the Beloved Community. Academic Commons. March 2020. 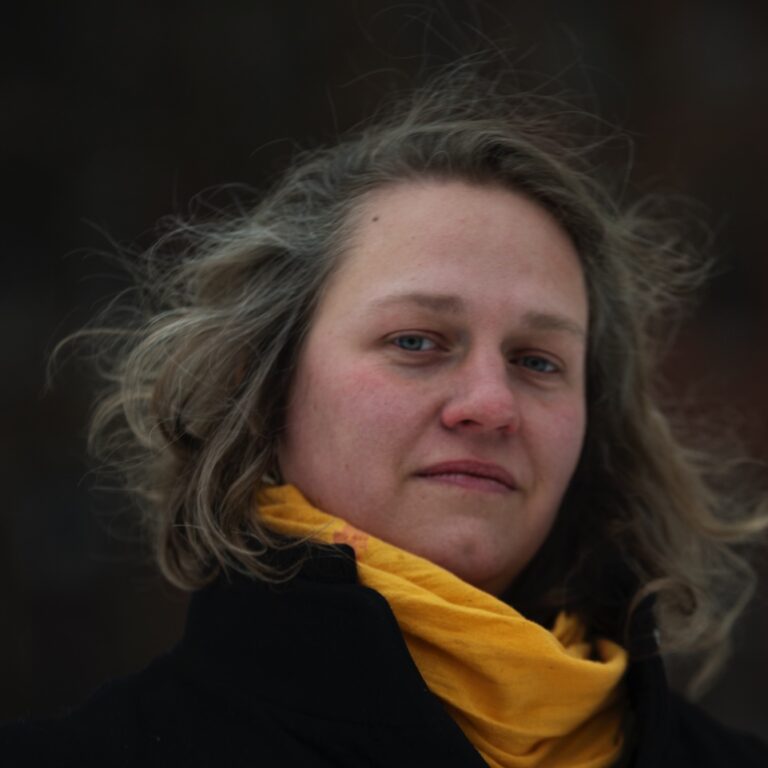 Sara Jolena Wolcott, M.Div., is a healer, artist, entrepreneur, and minister. She founded and runs the International Ecotheological Learning Community, Sequoia Samanvaya: connecting the disconnected. Prior to obtaining her ministerial degree at Union Theological Seminary in the City of New York, she worked in international sustainable development for over a decade. She now works with Indigenous communities, wealth inheritors, artists, and other forms of cultural change makers to decolonize, ReMember, and re-enchant our world. 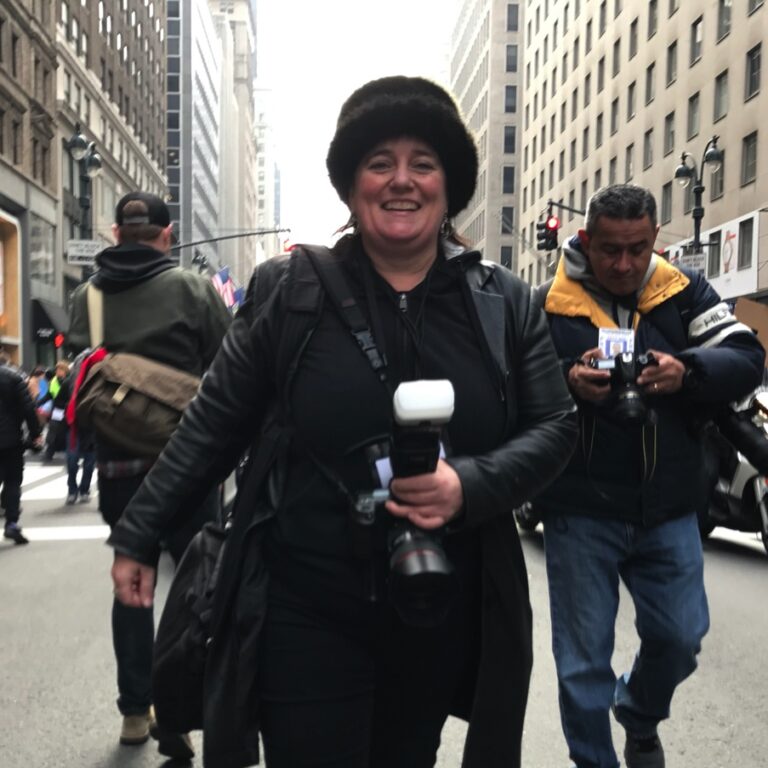 Chae Kihn is an artist and professional photographer renowned for her evocative documentary essays and portraits. She was born in Glasgow Scotland and immigrated with her family to the United States as a young girl. She earned a Bachelor of Science degree. While attending college she took a class in photography and film development. She fell in love with photography and never looked back. Immediately after graduation, Chae sold her car and bought a one-way ticket to South Africa where she worked for six riveting years as a human rights documentary photographer for numerous nongovernmental agencies such as Street Law, Human Rights Watch, Save The Children, Safeline, Anti-Crime Forum, The Franschoek Project. Amnesty International, the Campbell Collection, the University of the Western Cape, Institute For a Democratic Alternative, and Reuters Wire Service.