WIT BEYOND OUR SENSES

wit beyond our senses

To witness the ocean, means to see the ocean in all its beauty and splendor.
To see the ocean, means to love it and be passionate about preserving its wonder and integrity.
But the oceans are changing … and I ask myself, if we can witness and see the oceans even when we are not near it, or even exposed to them?
I explore the concept of witnessing and the need to experience a lived moment, in order to know, love, and protect our environment. I explore “witnessing” as it relates to the word “wit.”
I write this as an invitation for all of us to witness the wondrous nature of our oceans and to seek to witness it beyond our senses.

Wit beyond our senses: our changing times and the changeless chameleon

Whether we want to recognize it or not, the environment around us is changing, and changing fast, while our mind lingers on its default setting, sometimes simulating a changeless chameleon. Our mind can absorb information, perceptions, and frames, and it can evolve and change views. Yet, sometimes, our thoughts become set as part of our identity, well ingrained until something happens that makes us question or change those thoughts.

A few weeks back, I tried to delve into the origins of the word wit and what made one “witty.” I thought, at first, if there were a formula for determining wit, it would relate to the number of older siblings one had. I reasoned that older siblings would pass on their knowledge of wit to a younger sibling. The more older siblings one had “tripping” on one through childhood, the wittier one would become. In this way, younger siblings would learn to be sharp and to expect the unexpected. However, I found that this theory did not apply in all cases. I found that wit is not determined solely by the number of siblings, although in some instances this correlation does hold true.

To wit comes from the English verb to know. According to Michael Quinion, wit was spelled witan in Old English, and even further back, it was linked with a Germanic verb meaning to see and even so to witness. Furthermore, wit is understood to be someone’s understanding or judgment on a given matter.1

I believe this complicates things, from the above premise. In order to know, we essentially need to see. And depending on where we live, what we do, and what we are exposed to, it may well be that we may not come to view all we need to see or to witness in order to really know. This brings up the question: Are we willing to know and to wit without ever seeing?

I dwelled on this for a long time and recalled an earlier memory, one I will—from hence onward—regard as the pinnacle of wit. In 2002, I attended a workshop on storytelling, and the participants in the workshop that summer came from all ages and cultures. Our instructor was great, full of spark and enthusiasm. One day, she led us in an improvisation practice used in theater. We all paired up in groups of two, and we practiced live in front of everyone. Person A would recommend an action, saying, “Let’s do this . . .” Person B would then affirm the action by saying, “Yes! Let’s!” Then, both A and B would act out that action, and person B would proceed to recommend the next action.

She blew me away; this was wit beyond my senses! This changed everything.

She didn’t stop there. For the grand finale of our workshop, she presented a true story from history by narrating the facts as if she had been there in 1850. In her account, she was a young man eye-witnessing an execution, leaning from a rooftop to avoid the multitude of people who were present. She made me feel as if I were actually there, watching everything as it happened.

Her ability to act appeared effortless in her part. Later, I found out more about her. Just as a chameleon, she had adapted to life’s circumstances and the people around her. She had not been blind all her life. And as she lost her eyesight, she acclimatized. What is most important: she never lost her “sight.”

I frequently go back to that moment in 2002. I see her standing on her tiptoes, her right hand held across her forehead, simulating seeing far into the horizon. From this lesson, I believe that we no longer need to have sight in order to see, or to see in order to know. Moreover, if we truly understand—or truly wit—we can share our understanding with others, whether they are our siblings, our friends, or complete strangers.

Now, as far as the environment around us, and what we witness or do not witness as things change perceivably or un-perceivably, perhaps we get witty and regardless of what we see, we invoke a precautionary principle* and chose to shift the balance of “cost & benefit” in favor of benefiting the environment, knowing beforehand that we do not need to see in order to wit.

The changes are occurring quickly in our world, and our minds still linger at a default just like the changeless chameleon.

If all holds true, we will understand that, “We cannot segregate the human heart from the environment outside us and say that once one of these is reformed everything will be improved. Man [Humankind] is organic with the world. His [Their] inner life moulds the environment and is itself also deeply affected by it. The one acts upon the other and every abiding change in the life of man is the result of these mutual reactions.”2

* Glantz, 2009. [1] Michael Quinion responds to Kirstin Cruikshank: Have you any idea where to wit came from? http://www.worldwidewords.org/qa/qa-wit1.htm [2] Shoghi Effendi (1933) Compilation on Social and Economic Development, p. 4. Photo by http://blog.suburbantherapy.com/michelle/?p=3 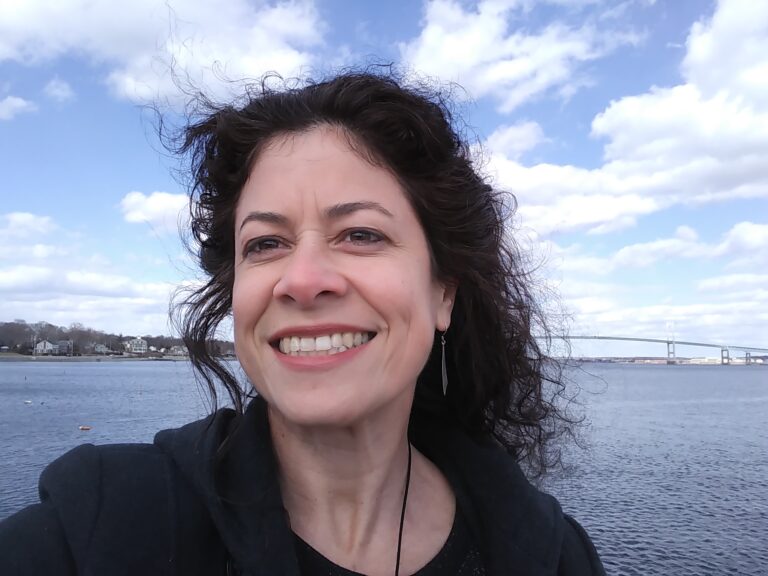 Elizabeth Mclean is an environmental scientist, who focuses on the use of local knowledge to understand social-ecological issues and the development of resilient coasts. For her dissertation, Mclean studied the ecology and human dimensions of coastal fishermen and their local ecological knowledge in Rhode Island, Dominican Republic, and Puerto Rico. Mclean is an experienced researcher in applied and experimental coral reef and fisheries studies. Her current work looks at the integration of both qualitative and quantitative knowledge to address the sustainability and conservation of coastal resources. Mclean has a profound love for the oceans and nature. Her ongoing work reflects her passion in areas of protection and conservation, environmental justice, and the importance of effective communication to achieve more sustainable environments. You can find more information at

wit beyond our senses