Meet Them Where They Live (Part 1)

Meet Them Where They LIve (Part 1)

Mark Kelly is a veteran like you.” I reassured the young voter, propped on a lawn chair, wearing Carhartts in 106 degrees. Justin was a registered Democrat. He disliked Trump, but he was worried about Kelly taking his guns. “That won’t happen,” I said, “This is Arizona.”

Now the election is over; its results — too close for comfort — demand introspection. We won, but we were shocked by how many voted for him again, and not just white people. After knocking on thousands of doors across the country, I have a message for activists: We must reconsider and reinvent our messaging.

America is very big; when you canvass door-to-door, you realize our political divide is not a sharp line in the sand, but a broad no-man’s-land. Like Justin, most voters do not fit neatly into a category, do not follow the news much, and are cringy to woke ears. They are tired of culture wars and negativity. But to win an election you need them. How will we do it again?

Canvassing is boot camp for political persuasion. There is little time to connect and get your point(s) across. You are in charge of your words, and you learn to adapt your message to every voter, as best you can. Usually, they only remember one thing from their conversation with you, so what do you want it to be? You need slogans which sell themselves and offer a positive vision: “Black Lives Matter,” “Make America Great Again,” “Just Do It”.

The ‘one thing’ many remembered from this summer was “Defund the Police,” which is easy to hijack, and hard to explain (“police funding has increased…”). Slogans are like jokes — they should not require an explanation.

Progressive messaging is vulnerable to exploitation because the background radiation produced by liberal discourse and protest shines too bright for many individuals, creating an opportunity for division, as sinister agents offer shade in a darker corner of the room. Should the discourse be dialed back? Should someone run through the protests shutting down chants? No, I think there is a better way.

I returned from Arizona after the election to find a right-wing newspaper in my mailbox. It looked just like a local journal. It is incredibly well done. The far-right is constantly trying to lure people with content tailored for them. I do not see the left doing the same, but couldn’t we be even more creative?

This discussion is expansive, but anybody who wants progress should pretend they work at a marketing agency, because their job is to sell change to people who do not know they need it. How? In the next issue, I will tell you how to get a Trump voter to go vegan.

Paxton Farrar is a Sloan Grant winning filmmaker, focused on science and changing minds. He attended New York University’s Tisch School of the Arts, marching out its doors to participate in Occupy Wall Street and protest the killing of Eric Garner. Paxton has worked on the ground on political campaigns in New York, California, Iowa, and Arizona. He was a fan of the USPS before it was cool. He lives in Los Angeles. 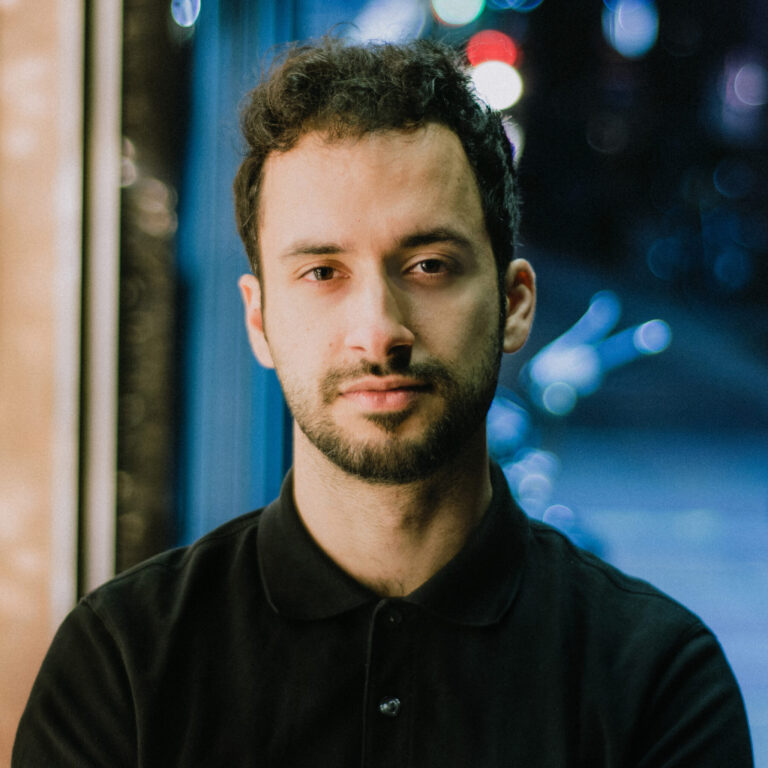 Ali Kashfi is a freelance concept artist, production designer, and architect based in New York City. He earned his MFA in Design for Stage & Film at NYU Tisch School of the Arts. Ali does concept illustrations for film, TV, music videos, and events. In 2019, he was nominated for the Art Directors Guild Award for Paramount Pictures’ A Quiet Place.

Knocking for the Future

Meet Them Where They Live (Part 1)