Thoughts on Being Black during a SEPTA Strike

It was spring, and as usual (it was the 70s) there was a SEPTA strike, and nothing was running up or down Broad Street. So, my roommate David and I walked to Center City to see a movie. Walking from North Philly was no big deal. David walked to his parent’s home in West Philly every weekend. I, after missing my ride after spring track practice, (because of another SEPTA strike), walked from Temple Stadium to the dorms on Broad Street.

So, off we went, to see “Blazing Saddles,” and to my surprise, I snickered in all the right places and guffawed in others.

We were darting along, laughing, and replaying scenes from the film, only a few blocks from our dorm, engrossed in another one of our comically over-animated conversations. I didn’t notice the unmarked police car following us. The car pulled out ahead of us, stopped, and two men got out. The older one was in his 40s, white about my height, slender build, with a mustache. His charge was a white guy, too, in his early 20s.

They turned us around. The older one was facing me, my back to David’s back, and the younger one facing him. The older one took the lead, questioning us.

“Where are you going?”

“You two students, there?”

Thud, David’s back hit mine.

The older cop looked around and asked another question.

“Where are you coming from?”

Thud, again I felt something at my back.

Then the older one pushed me, and I rolled back on my heels. It came out of the blue, surprising me. Why would he do that? I didn’t understand. Then I did. I understood. The reason flashed across my mind and my anger blossomed; it came from somewhere deep inside and rushed along my veins, as would a freight train, massive and powerful, and I snapped back upright.

This guy was playing us, David, and me, as if we were dominoes. Push me into David, causing him to stumble forward and he would smash headlong into his partner, jamming us up. Dropping us into the system from which I have discovered there is no return. All our hard work, and our hopes, and dreams, gone in an instant because of a contrived incident, a moment stolen — our lives changed.

Why us? We were walking home laughing. What made us targets? Two college freshmen walking home because SEPTA was on strike again — why were we a threat? Why?

It was perception. The cop understood our potential, not the likelihood we had committed crimes, but because in his mind we were the crime. Young Black men, unafraid and ready to take on the world. That police officer was attempting to hold back that new world to which we belonged, a world that would not revere his white maleness as it once did. He targeted us because we were walking, talking, and laughing, evidence of that change –– of his world ending.

I realized what he was trying to take from me.

I was barely 18 and had thought little about who I was. For me, I was content being a Black kid, good in school, and sports were fun. But I would not make any money playing them. His attack made me angry. Powerfully, indignantly, righteously angry.

As my anger boiled, I felt a hand on my shoulder, a spirit, supporting, adding her strength to mine. She was old and strong. I knew her, rather I knew of her. She’d left Europe in the 19th century for a better life.

Then from my left, another spirit came to me and placed his hand on my shoulder. He was a master of the natural world and an excellent horseman. He walked here when the continents connected.

Two, long, and powerful arms enfolded us all. They belonged to a man that first saw this land by tracing a ray of sunshine through a gap between the planks of a ship bathed in darkness.

Their spirits showed me who I was. They offered wisdom and strength, encouraging me, enabling my amorphous adolescent spirit to harden and to take shape.

I looked into the older man’s eyes, and where he hoped to see my fear — I saw his. Exposed, he and his charge retreated, mumbling a halfhearted warning that he had our names and would find us. I stared at them. As they retreated to their car, I stared at them. As the younger one started the engine, I stared, unblinking, barely breathing, following them with my eyes as they shut the doors and drove away.

David and I continued walking to the dorms. We weren’t laughing and joking any more. That moment was stolen from us, but we found something greater. After a while, I brushed aside this incident as the cost of being free and Black. But one thing that I learned was that I might be by myself, but I was never alone. 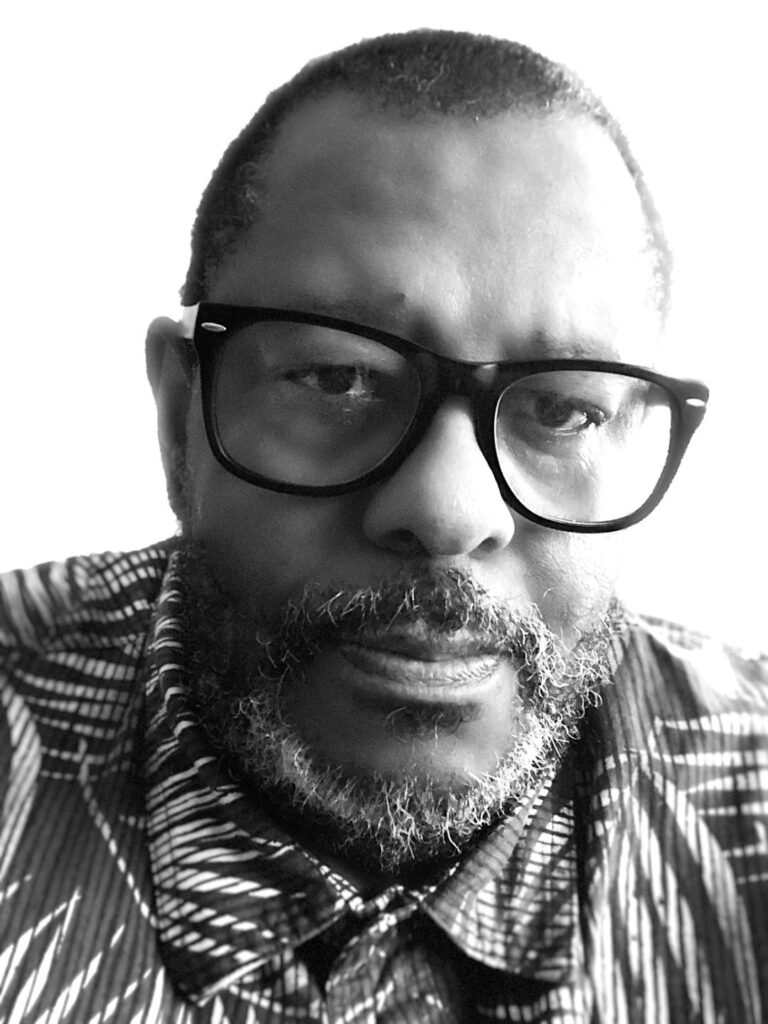 Leon Jackson Davenport is a novelist and playwright, fine art photographer, and an Emmy-nominated video editor. Leon lives in the Eastern U.S. with his lovely wife and a cadre of feral cats, who come and go as they please. He has just completed his first novel, Call of the Tallyman: A Jacob Gunn Mystery. Leon has published online in Six Sentences, Foundling Review, The Full of Crow Quarterly, Powder Burn Flash, and in print in Philadelphia Stories and FEAR: A Modern Anthology of Horror and Terror, which was published by Crooked Cat. He is currently a candidate for a Master of Fine Arts degree in Creative Writing at Wilkes University.

Thoughts on Being Black during a SEPTA Strike