WHY SHOULD WE CARE ABOUT ROE V. WADE: THE CASE FOR ABORTION RIGHTS IN THE UNITED STATES

Why Should We Care About Roe v. Wade: The Case for Abortion Rights in the United States

n 1970, a woman now known as Jane Roe filed a lawsuit against the Dallas County District Attorney, Henry Wade. She challenged a Texas law which prevented Texans from getting an abortion in non-life-threatening cases. The case made it all the way to the Supreme Court, where Roe’s lawyers argued that the law was in violation of the First, Fourth, Fifth, Ninth, and Fourteenth Amendments. The Supreme Court ruled in favor of Roe, declaring that the government should not be regulating pregnancies during the first trimester. This ruling established a critical precedent for women’s rights in the United States. It ensured that people could not lawfully be forced to bring new life into this world.

Fifty-two years later, that precedent is under threat. A draft decision leaked from the majority conservative Supreme Court revealed plans to overrule the initial 1973 ruling. While many well known political figures and activists have spoken out in response to the leak, the contrast between the responses is stark. Political divisions in the United States are as strong as ever before. Republican politicians typically oppose abortion rights. They support the criminalization of abortion, and believe that pregnant people who choose to have abortions, as well as the doctor who choose to preform abortions should be prosecuted as criminals. Republican politicians responded to the leak with messages emphasizing that the public should not have had access to information about a Supreme Court ruling prior to its official declaration.

On the other hand, Democratic politicians typically support abortion rights. They support the decriminalization of abortion and allowing pregnant people to choose whether or not they want to carry a baby to full term. Democratic politicians responded to the leak by vehemently opposing the draft decision. Speaker of the House, Democrat Nancy Pelosi expressed her disdain for the ruling in a letter addressed to her fellow members of congress. Speaker Pelosi wrote that such a ruling would be a societal regression and that “…for the first time in our history, America’s daughters will have less freedom than their mothers.” While Speak Pelosi’s assessment of women’s rights in the U.S. is correct, this issue goes beyond women’s rights.

When considering this controversial topic, it is vital to examine it from all angles. In addition to being a debate about women’s rights, there is also a discussion about the extent of the government’s power, and the secular nature of the American democratic government.

While the Republican Party’s platform asserts that a decrease in government involvement in citizens’ lives would be beneficial for the greater society, they also argue for the increased involvement of the government in pregnant individuals’ bodies. This oxymoronic stance may have as much to do with misogyny as it does personal religious belief.

Of the nine Supreme Court Justices currently serving on the bench, six are Catholic making them the clear majority on the bench. It appears that faith and personal belief play a role in the view of these Justices on issues such as abortion. This raises important questions about the extent to which personal faith has impacted these Justices decisions, and why the religious makeup of the court is not reflective of American society. While the idea that the United States has somehow mastered the separation of Church and State is ideal, it is not completely true. Religion plays a major role in the lives of a significant portion of American citizens, and as such churches and religious organizations can have substantial power in political affairs. Recently, an archbishop based in San Francisco spoke out against abortion, and refused Communion to Speaker Pelosi, if she continued to support abortion rights. Speaker Pelosi refused to listen to the archbishop. Nonetheless, this undue religious influence in the government can be frustrating to Americans who don’t share the Catholic Church’s position on these issues. The Separation of Church and State ensures that religious beliefs are kept out of government decisions. individuals have the freedom to live by the religious ideals that they chose. If legislative and judicial decisions become reflective of the religious beliefs rather than that of the nation’s Constitution, society can devolve into a puritanical state in which individual freedom is stifled. Thus, a concrete constitutional basis must be established to overthrow Roe v. Wade, personal or religious beliefs cannot dictate the rules and laws of American society.

The proper balance between an individual’s rights and the well-being of the state has been an enduring issue throughout American history. The extent to which the government should dictate the everyday lives of its citizens is an ongoing debate. Oftentimes this dilemma would appear through a medical lens with questions like: “Should comatose patients be forced to donate organs?” In cases such as those, the rights of the individual are deemed more important than society’s overall well-being. This is because bodily autonomy, and the right to privacy is generally regarded as sacrosanct in the legal community. In 1978 the Supreme Court ruled in McFall v Shimp that “…an individual is not under compulsion to aid another person at their mental or physical expense.” Clear parallels can be drawn between the donation of an organ and being forced to carry an unwanted pregnancy to term. Still, a pregnant individual’s right to choose is still under constant attack. So why is it that people only seem to challenge bodily autonomy when it comes to pregnant people? Many assert that it is because the overwhelming majority of people seeking abortions identify as female.

Although the debate surrounding abortion can be evaluated from multiple vantage points, the foundation of sexism in the pro-life argument must always be addressed. Ultimately, the question still remains: Are pro-lifers upset by the abortion, or by the control women exert by having them? Until a larger conversation is had to address the root cause of the pro-life argument, the struggle for bodily autonomy for all Americans will continue. 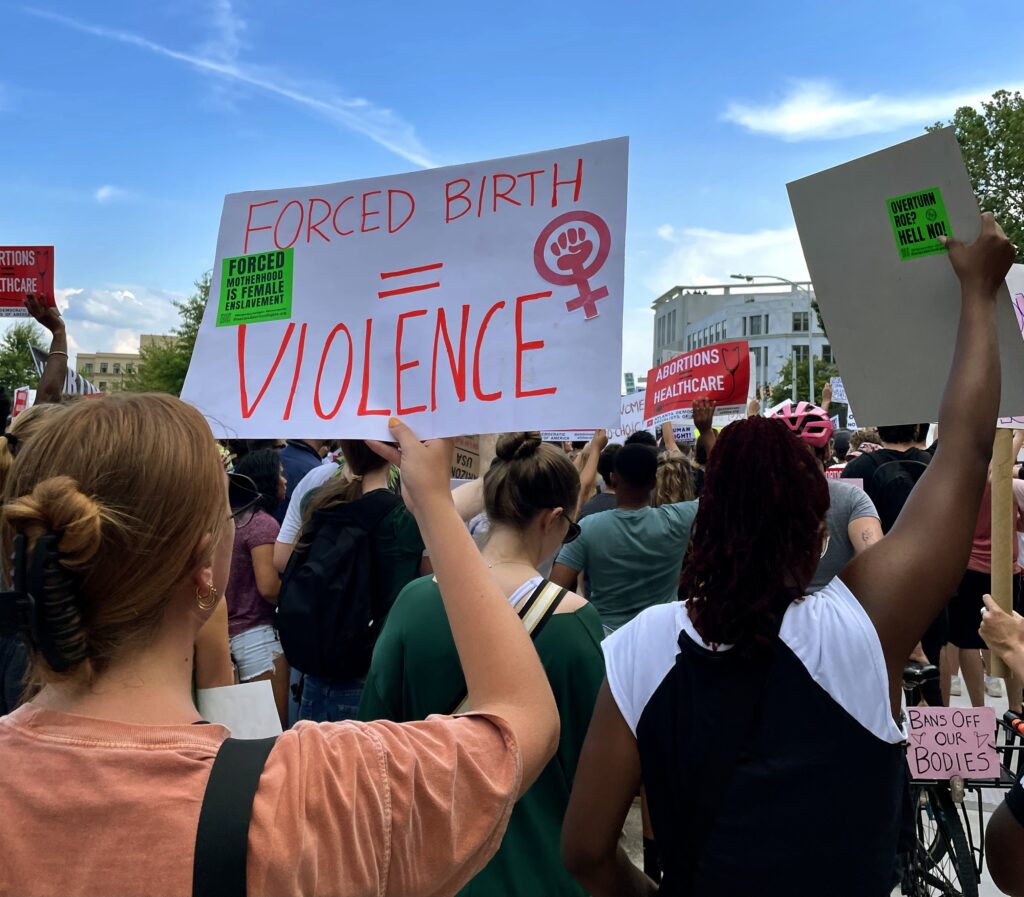 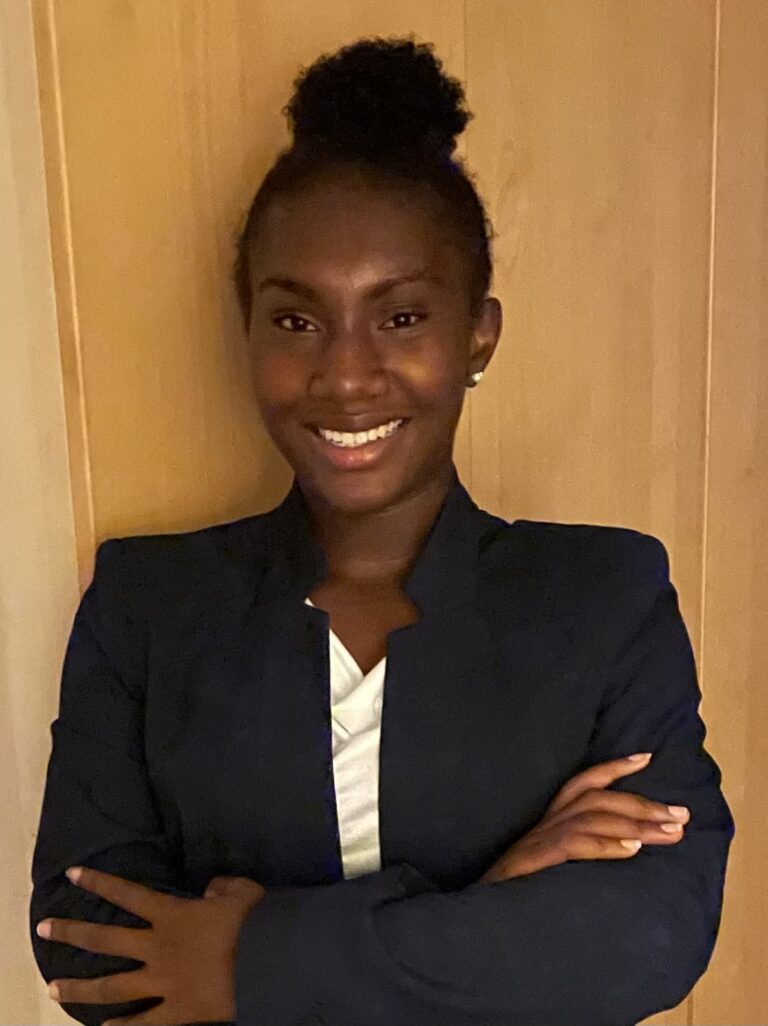 Reyna Palmer is a member of the Class of 2024. She attends Baldwin High School in Baldwin, New York.  She is President of the school newspaper, Golden Wave, Co-Vice President of the Mock Trial Team and a member of the Public Relations Committee for the Gender and Sexuality Alliance. Reyna, along with her incredible teammates, won the Northwell Health Medical Marvels Competition two years in a row. She was named a Northwell Health Gun Safety Ambassador, and works with her teammates to spread awareness and advocate for real legislative change. Outside of academics, Reyna is often found volunteering at community events with her fellow Key Club members. Reyna has a passion for humanities, with a particular focus on law and justice. After graduating high school, she’s contemplating a major in sociology, before moving on to law school.

Why Should We Care About Roe v. Wade: The Case for Abortion Rights in the United States