Growing up in Virginia to two immigrant parents from Zimbabwe, change-maker Tatenda Musapatike recalls that both U.S. and African politics were always a topic around the kitchen table.

After receiving her MPA with a focus on political communication from American University, it was while working at the Chamber of Commerce that Tatenda built an online system to connect local chambers to the national chamber. She was sparked by how she could harness the power of the internet to build connections and affect change.

She honed her acumen in social media strategies at Revolution Messaging, and she says it was there that she realized that her Facebook and Twitter skills could actually be a job. Tatenda became the Client Solutions Manager for Democratic Politics at Facebook, where she supported Democratic independent expenditures and progressive leaning non-profits in their platform strategies.

From there, she landed at ACRONYM, a nonprofit organization committed to building power and digital infrastructure for the progressive movement, where she served as a Senior Advisor. There, she built a $12.5M program to expand the electorate, working to reach, register, and mobilize Black and Latina voters across eight states in the 2020 general election and the Georgia Senate runoff elections, engaging over 200,000 new and infrequent voters.

Wanting to change the paradigm for how marketing engages people of color around voting, Tatenda created the model for Voter Formation Project, with the intention of increasing participation in local, state, and national elections through digital communications, experimentation, and knowledge sharing.

Voter Formation Project would soon become its own independent organization, with Tatenda as Founder and CEO.

As a change-maker, Tatenda measures her impact not only by the world that she builds outside her office but, just as importantly, by the culture she builds inside her organization. When she spun the Voter Formation Project out of ACRONYM, it was with the deep intention to build the type of workspace that she believes should be a model for the entire industry. In year two, with a staff of fifteen, Tatenda says that vision of a staff culture focused on equity, inclusiveness, and well-being has been unaltered.

In these efforts, Tatenda finds support today from the innovative start-up nonprofit Summit Impact, which recently named her as one of three Fellows in a new two-year Democracy Impact Lab, working to raise visibility and support and make key connections to buttress her efforts.

For Tatenda, the Voter Formation Project being a leader in the field isn’t defined by leaving other aligned organizations far behind in its wake. Instead, success means leading the field itself to success. It is her continuous goal for the Voter Formation Project to be at the forefront of research and innovation in the voter engagement space, and each year the organization releases a white paper that demonstrates their success and is forthright about the lessons that they have learned. Pushing the practitioners in the space to succeed is, in her mind, a huge win.

As for the hardest part, Tatenda says that it’s in securing the funding early in order to be able to tackle the early work. She asks those interested in learning more and supporting her efforts to build an engaged and expanded electorate to visit voterformationproject.org. 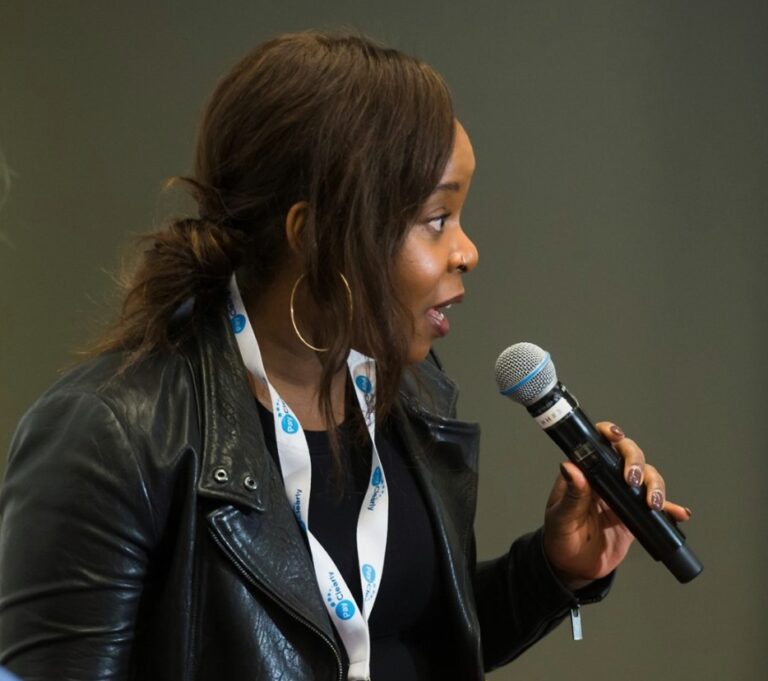 Tatenda Musapatike has spent over a decade working on digital programs and in tech to support progressive causes. She was most recently a senior advisor at ACRONYM, where she built a $12.5M program from the ground up to expand the electorate. This program worked to reach, register, and mobilize Black and Latina voters across eight states in the 2020 general election and the Georgia Senate runoff elections, closely engaging with over 200,000 new and infrequent voters. Previous to her time at ACRONYM, Tatenda was the Client Solutions Manager for Democratic Politics at Facebook, where she supported Democratic independent expenditures and progressive leaning non-profits in their platform strategies.