t’s the last gasp at the edge,

the first breath of light.

The place where the continent comes

to a screeching halt.

Here’s where it ends.

Here’s where it begins.

Blue and brown and white,

thick with wind and rain and salt,

in each beat of wave:

begin and end and begin again.

crashing ringing in your ear.

It’s a dog tearing up the length

of a beach, heart beating,

Ocean country—last gasp at the edge,

Poems are mysterious, sometimes even to the people who write them. They can be more like a visitation than something we create. One day, driving home from Stinson Beach in California, I pulled my car over and jotted down a few words. “Last gasp at the edge, first breath of light.” When I got home, I wrote the poem “Ocean Country.” A few years later, I made an illustration to go with the poem, and it appeared in an exhibit at the Fort Mason Center in San Francisco. At the exhibit opening, I gazed at the framed broadside and thought, “Not enough.”

That gap spoke to the need to write the book Ocean Country, which was released in 2015. For many of its readers, it wasn’t its conservation ethic that stood out to them, it was its message of engaged hope—that despite overwhelming disasters and despair, there are pathways forward, by which we can save lives and save habitats, And in doing so, our lives are enriched. The people working on behalf of the life of the seas, all around the world, know this in their bones. It’s a truth that keeps them going.

That essence was right there in the poem. That last gasp at the edge? Hopelessness in witnessing the indifferent destruction of the natural world. And the first breath of light? The determination to do what one can, to not quit on life, to become oneself a form of hope.

But now, I look back at that poem and it is again a mysterious visitor. You think a poem means one thing and then it means another. As I search for resilience in our fractured world, I am reminded that it hinges on one’s capacity to begin again, one’s capacity for renewal—physical, emotional, and spiritual. Our strength resides not just in our ability to be on the go, but to stop. In times of personal depletion that feel like my last gasp at the edge—when I feel I have nothing left to give—if I rest my soul and wait and listen, new energies surface. Then, from some unseen corner of life, there can come an unexpected breath of light. 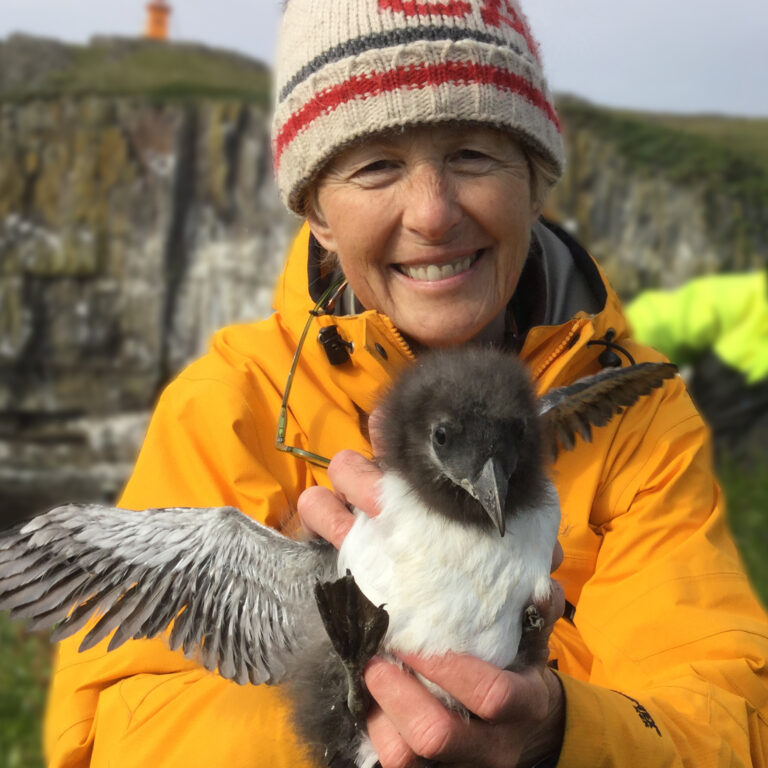 Liz Cunningham writes and speaks about conservation and the spiritual awareness we need to be effective stewards of our planet. She is active as a speaker in schools, universities, and larger venues. She is the author of the award-winning Ocean Country (North Atlantic Books, 2015), with a foreword by Carl Safina, which garnered attention for its probing exploration of environmental grief and inspired message of engaged hope. She is currently at work on two new books, Compassion Unleashed and The Hidden Path of Breath.