There’s no prompt. How do you go about doing something when there is no provided direction for it? By definition, art is the expression of creative skill and imagination, producing works to be appreciated primarily for their beauty or emotional power. There is no single ideal form of art, and there are no rules that clarify what you can and can’t do when creating it. I think people should view life that way – think of each individual existence as its own huge canvas.

Who ever said to leave well enough alone because that is the proper way to be? Who decides if something makes sense or if it doesn’t? Just because one person can’t make sense of something, doesn’t necessarily make it a waste of time, it makes it a waste of their time – especially when they don’t have the means to appreciate it. The author is not a halfwit, solely because one person frowned upon their words. I don’t tell stories about myself or others. I don’t want my writing to be associated with the real world because the point of art is to create sanctuary – forgive me if I don’t believe that the real world is a safe haven of any sort – and so I paint this alternate picture. I put my words into another room. It’s a room with flowers drawn onto the ceiling and little cartoon ducklings painted all over the walls. Walls made so structurally that even humpty wouldn’t slip away. I write and I create sanctuary and happiness because the world lacks so much of it. I am a good writer and so much so that sometimes I am asked about my inspiration. People expect to hear Charles Dickens or Ernest Hemingway; and then, my personal favorites, the group that actually expects me to go with good ‘ol Shakespeare and call it a day. That would make me a halfwit. Not because William Shakespeare isn’t talented, but because I think it’s absurd to credit any one person for my love of expression. I think it’s absurd to credit a person at all. No, my love of expression through art comes from none other than society. Like I said, not people.

I love the way pessimistic writers are treated socially. The people who aren’t too scared to say what they think, even with the persistent awareness that the media will completely have it out for them. The thing is, you can’t say certain things without the public completely ambushing you. Crowds approaching with knives and pitchforks to absolutely tear you apart for the heinous takes you may have on the world. The fact of the matter remains that the things you’re saying aren’t mean or offensive – they’re true. People aren’t mad because you hurt their feelings, they’re mad because you hurt their ego. These are the same people who didn’t spend their lives acknowledging that social norms exist, but rather basing their existence on them.

I’m not a hypocrite either, I do think we should acknowledge these precedents and even let them affect us a little. I think people’s opinions of you, and how you should or shouldn’t be, do in fact matter. I just don’t think there’s any sense in making it everything. Acknowledging something someone said and living by it are two very different things. The only reason people get angry when you threaten their perfect little utopia, is because they thought it was perfect. You’re stepping on their beautifully formed belief system, and the thought of it ever going away terrifies them. They never anticipated that it could happen and so when it did, they panicked. As far as I’m concerned, they were doomed from the start because in my opinion; the only thing that’s truly safe to live by is the devil’s in the details. The direct translation of the word utopia is ‘no place.’

There are people who decide that living in a fairytale world, away from the media’s harsh beliefs and actions will somehow make their lives better. Unfortunately, not everyone can use art as a form of coping with the hysteria constantly occurring around us, so they’re either forced to be a part of it – taking the pain that the world and the predators within it are inflicting – or they resort to pure delusion, merely pretending that it doesn’t exist. The best I can do is write until I feel that someone – anyone – is listening.

Ignorance is bliss can be degraded in the same way human beings are each day, with one simple saying. ‘A lie can travel halfway around the world, while the truth is still putting on its shoes’, Mark Twain. The thing is, there’s heavy reason to doubt whether Mark Twain did say that because it is all just pure speculation. However, the saying does seem rather valid since lies are ultimately more likely to spread than the truth. Hate is much easier to feel than love so, what if we changed the quote? I mean I don’t think Twain would mind since it probably isn’t his. What if we changed it to “hatred can travel halfway around the world, while love can barely get on the plane” – would it make a difference? It wouldn’t, and not because it’s wrong, but because rarely anyone cares about inequality. Rarely anyone cares about sexual assault. Rarely anybody cares about the victims or those that suffer. In public eyes, you can’t be racist if you have Black friends, and the way she was just dressed got her all that she deserved, with no means to an end. Society wants girls covered up but refuses to deal with anybody “too stuck up.” You can justify shooting someone innocent, as long as you wear a badge and you thought they were dangerous, that they had a gun, and your death was imminent. You didn’t see a gun, all you saw was his race, and so please, please forgive me if I’ve started to lose faith. The system is full of bias and prejudice. Innocent people are dying and all we can do is reminisce of the loved ones lost. A girl can get raped, but has no right to do something about it. Abortion is illegal because then we’d be “killers,” but do you understand how many lives have been taken by these ruthless monsters? A person should have a soul, a heart, and empathy, so once again please forgive me if I believe that society is nothing but cold-hearted and empty. Everyone is different and goes about things in different ways. Some are forced and some do it by preference, but it doesn’t matter because either way, there’s no rule that guides to anything else. No syllabus, no rubric and no instructor to tell us how to live our lives to the fullest. Rarely anyone even knows what ‘the fullest’ is, and so a majority of the things we do – the way that we live – it’s all just as speculative as Twain and his quotes about fibs. And maybe, just maybe, the reason people can be so ruthless and ignorant is because when it comes to life, with all the diversity and inner conflictions, only one thing will remain constant. There’s no prompt. 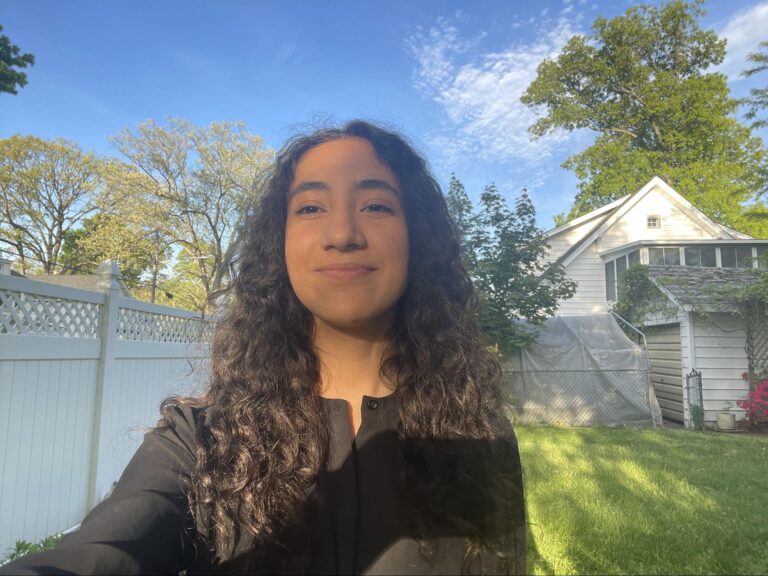 Soulava Gabr is currently a sophomore at Baldwin High School, and will graduate in 2025. Gabr is an aspiring writer and hopes to pursue creative writing or journalism in her future. Being an avid reader, Gabr adores authors such as Anton Chekhov, Emily Dickinson, S.E. Hinton, and Lois Lowry. Enjoying experimentation with different genres, various writing techniques and styles, Gabr will devour and examine each piece diligently. With the confidence to speak her mind, Soulava finds herself embedded into her craft and intends to stay that way.