I Think I Am Going to Go To Grad School

I Think I'm Going to go to Grad School

At 17 years old, I listened to my mother describe her “New Plan.” I can’t remember a time in my life where my mom hasn’t had a plan. Whether it had to do with creating a new business, writing a new piece, moving to a new place, or even developing a new exercise regimen, there was always a plan cooking on a burner somewhere.

I watched her go through the uncomfortable process of digging up her old professors’ contact information and getting recommendations. I watched her study for and take the GRE’s and go through the application process. When it came time to pull the trigger, it was just not the right time.

A number of years later when I was 25, I decided it was time to go to grad school. I went through the process of digging up my old professors’ information and getting recommendations (a surprisingly agonizing process). I studied for and took the GRE’s, and prepared myself to move to the city. Then the timing wasn’t right. I made another choice.

When I was in my early 30’s, my mother announced a “New Plan” to go to graduate school. She wanted to follow her heart and her passion, the authentic self she found when she was writing. It was an unfolding of alignment between many of the facets of her life. This time she went through with the plan. She got recommendations, applied to school, and wrote a piece she felt really nervous about in order to be accepted to a MFA program in writing. I watched her for several years cram a full-time counseling practice in with a full-time school schedule, social life, and self-care regimen which included things like exercise, eating well, and generally looking after her emotional and mental well-being. She pulled it off. To me, it just looked like a ton of work, and So. Much. Writing.

When I was in my late 30s, I decided I was going to pursue an advanced degree of some kind, to help me be able to truly live my values and my practices. This meant sharing a fuller spectrum of health and wellness assistance than I could provide as a massage therapist and yoga instructor. Time to put the big girl pants on and get some letters behind that name!

I took the GRE’s (again) and took several preparatory classes to qualify for the degrees that I was interested in. I applied to a host of schools, reapplied after being a research assistant for a year, and eventually chose to make my education a more personalized experience.

When my mother went to graduate school, she said, “I have to write a book,” which she would be doing as part of her degree fulfillment. When I chose to go to the same progressive school that she did, I said to myself, “In the process of getting a counseling degree, I am going to write a book.” I did. So. Much. Writing. And squeezed in a full-time job, a social life, an internship, and apparently, a pandemic.

I did all of that. And so did she. Well, minus the pandemic.  Seeing the possibilities in the steps she took, I knew I could do it too. So now the world gets us both better-educated, more empathetic, and richer for it.

I think I’m going to go to grad school. For real this time, I said quietly so as not to disturb anyone listening to me say something I’d said many times before, apparently not having done so after all the other times I’d said it. This time was different. I whispered, I’m going to do an MFA, and I’ve never said that before. And that was true.

I’d been afraid to take the lid off and expose what was underneath all the jobs and businesses that filled up my life as a single mom that was on her own financially. I began with bartending and waitressing and then moved along to a landscaping business that barely supported us while I completed my BA. I ate poorly and did not sleep enough, but my daughter and I made it out the other side.

And it turned out that a bachelor’s degree in Psychology was not the door opener I had hoped for. We moved to Maine, where the landscaping business had a much shorter season than in Virginia so instead of landscaping, I began restoring ugly, old houses and sending them back into the world dressed up pretty and feeling better about themselves. It was not exactly psychology but it was not without personality development, personality disorders, and clashes from my personality whacking into others who didn’t share my same interest in beautification. We lived off the income, but it was not a relaxing atmosphere in our house or on the job sites. I still needed something more.

My daughter went off to college and my time was more my own. Financial pressures decreased and the combination of time and money allowed me to consider what I actually wanted to do. I had always written as a way to unravel the snarls in my mind, and not only did I feel better after I wrote, but I also liked some of it. I didn’t dare to think it was something I could become good at but I could imagine enjoying it. Like really enjoying it. And I’d always wondered what it would be like to go to school because I wanted to, with time to study rather than pressing school into the cracks between parenting and working. It still seemed unlikely but then my mother died and there’s nothing like the death of your mom to stoke the embers of a budding writer.

I went for it. And I’ve never looked back on that decision and everything that has come from it with anything but wonder and gratitude. Opening the doors of creative exploration has been like starting a new love affair. And having permission for creative expression has been like growing that affair into an open marriage, with all options available for consideration.

So here is how we feed from one another, how we inspire and veer toward and away from each other’s paths. We trust one another. We can ask each other: am I ok? I don’t know if this is how moms and daughters are supposed to be. I see many relationships where there is more closeness, both in proximity and in involvement. I see others that are more adversarial, more competitive, more distant. At this point, I think we value and appreciate each other as people just as much as we feel the hum and pulse of the blood that runs through us both. When one of us asks a question about what is possible, the other one considers. We ladder and leapfrog our way to unknown possibilities of who we can be, and it is still unfolding. 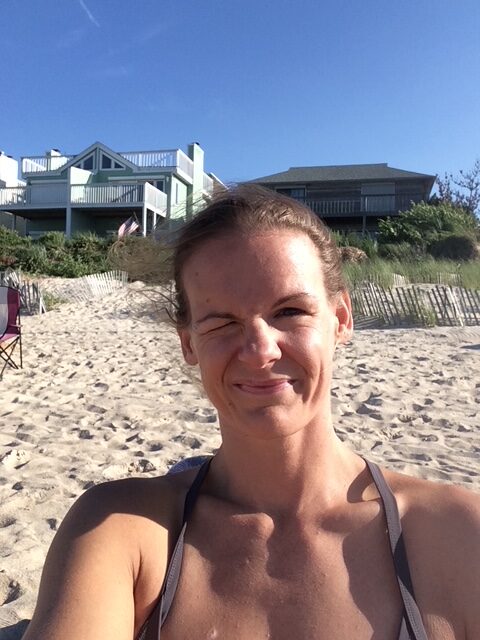 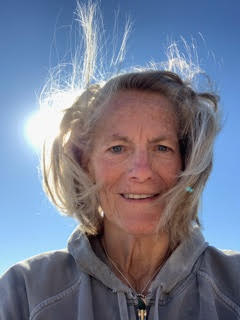 Tanya Witman is a polydidactic lover of self-inquiry who lives in Tucson, Arizona. You can find her teaching yoga, doing functional body assessments and massage, and providing coaching and counseling. She is also the founder of The Grief Box, a bereavement gift for those experiencing loss. She loves anything 80’s, her dog Elvis, and spending time with loved ones on the east coast and west.

Witty, heartbreaking, and searingly true, Dulcie’s flair is as unique as she is. Professionally, Dulcie has been in private practice as a therapist in Maine for the past thirty years. But her childhood writing came back to haunt her some years later. She earned her MFA from Goddard College. Dulcie runs Wide Open Writing, an organization based on the belief that sharing creative space gives power to the creative process.

What it Means to be Called Woman

I Think I'm Going to go to Grad School